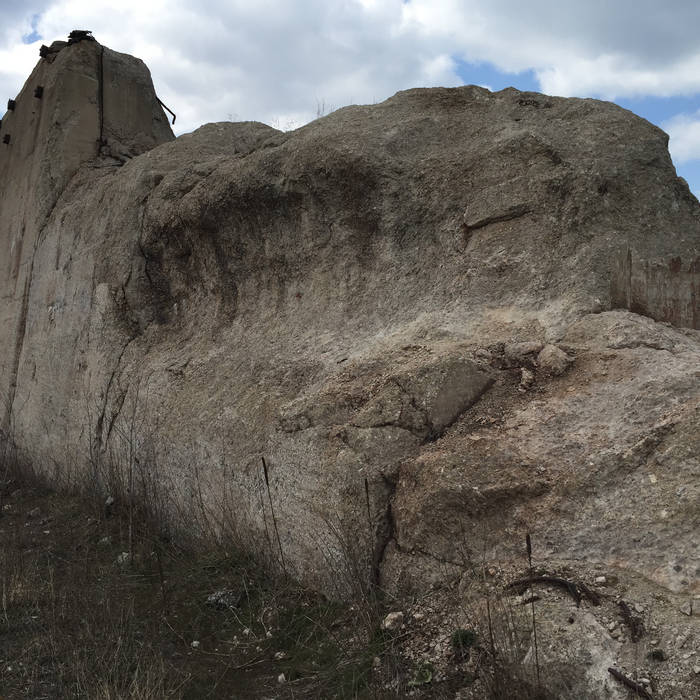 sara zalek It's beautiful, sensitive, noise. Made with love and friendship and listening and noticing and persevering. Favorite track: Dialogues.

Angel Bat Dawid This is a SOUND album. Beyond music the textures and experiments of experimental sound artist Norman W. Long and performance Artist Sara Zalek takes you on journeys though sound that will change the way you think about listening. This is a profoundly deep album its live environmental sounds from a park in Chicago. Sound ECOLOGY! Favorite track: Dialogues.

Will Faber This recording communicates a real dance of solidity and impermanence. Movement of water, wind, and birds making for foundation and foreground. Favorite track: Love Ship Unfolding Threshold Terrain.

Inspired by Pauline Oliveros' Environmental Dialogue (1996 Revision), this is an extension of her composition (2018 Revision). Resonating the Ignition Project Space with breath, rhythm and subtle sound from little synths, sheet metal, paper, and amplified environmental sounds. We welcomed the New Year by reinforcing collective listening with the audience, with the intent of listening for the unknown and heightening our experience of time and the present moment.

Our first exploration into Steelworkers Park, after having led some soundwalks together at Big Marsh with the following questions/prompts. Memory + Imagination + Presence. How to be in a place that is new and old? How do we understand this place? It was a gray day, about 45 degrees. We found large machine parts on the manicured part of the grounds, and chose to amplify our sounds within them, to hear our interactions with each other and the instruments that these giant parts had become. Norman used his Korg synth kit and amplifier, Sara used her phone app Saucillator.

A soundwalk for Midwest Society for Acoustic Ecology Night out in the Parks Program. For three years, we have researched and led interested participants through the trails at Big Marsh, to see and hear how the landscape is changing over time. During our walk, we performed listening and breathing exercises with our group. We also provided water for hydration. All to prepare them to focus on the soundscape especially on a very hot day. We walked on newly formed shaded paths for the afternoon. We had two clearings for stopping and listening. One listening station where participants could hear amplified network of insects in the undergrowth through headphones connected to a recorder and contact microphones. The second station was a natural pavilion for Sara’s performance with a large salvaged metal sheet and accompaniment from Norman with field recordings and iPhone app. After the performance, we reflected on the resilience of the local ecology and soundscape. We led a discussion about resilience in the context of ecological restoration, community disinvestment, immigration and education.

A second trip to Steelworkers Park, toward sunset, on a midsummer day. Some artworks and collections of slag materials had been installed since our previous trip, as well as the climbing wall. We found one of the machine parts we had explored inside had been sealed off. Where we
had once been able to climb inside was no longer accessible to anyone. We took to the shoreline of the park for this recording. Norman used a battery powered benjolin synth to improvise with the natural soundscape. Sara used the slag rock, a magnet and amplifier.
-----
These tracks exemplify our work as a duo, Sara Zalek and Norman W. Long. Our actions and recordings were carried out at Steelworkers Park and Big Marsh, once home to US Steel and Wisconsin Steel respectively, two of several Steel Mills that were located on the South East Side of the city. What we saw were urban ruins full of new natural growth. Ore walls, giant boulders of slag, and large factory components to giant machines splayed in this public space at Steelworkers Park, which is now a park and a memorial. With our actions and recordings, we reflect on the steel industry, and the corporate disinvestment which changed an entire community. Once, the neighborhoods around these isolated giants thrived. When they left, they left the ghost of industry and a greyfield terrain. Over a period of years, the area slowly devolved
into empty streets and abandoned buildings. The city of Chicago memorialized these particular parks in 2014 and 2016. The story keeps evolving as this area continues to transform, there is still an in-between feeling here, an area not deemed worthy of investment by developers. There is a decades long desire for improvement and investment from the community but questions about specific plans remain.

Sara Zalek is an artist, curator, and healer rooted in physical investigations of trauma and resilience, seeking models for growth personally and collectively. Their work challenges the quest for the eternal elixir, and promotes the intentional act of disruption to create social and ecological change. Sara performs live often and in multitudinous situations; she has been a Chicago Dancemakers Forum Lab Artist in 2015, participant in the Regional Dance Development Initiative 2016, and Ragdale Fellow in 2017. They have performed and curated at the Chicago Cultural Center, Elastic Arts, Experimental
Sound Studio, Links Hall, Chicago Architecture Biennale, Elevate Chicago Dance, Lumpen Radio, OuterSounds, OuterSpace Studios, and are an active board/member of the Runaways Lab Theater.
www.saratonin.com

__
Postindustrial remnants scraped from an epicenter of rebirthed decay in South Chicago.
A psychogeographical assemblage sourced and performed in a way that gives insight into the industrial technologies of a bygone age which has generated real social realities in our City’s most liminal spaces. An auditory chronicle of the spectacle’s departure from industrial sites and unto new forms of extraction and exploitation made possible by the rise of digital virtual marketplaces.

Damu The Fudgemunk shares his recent collab with Def Pressé, plus jams from Common and more