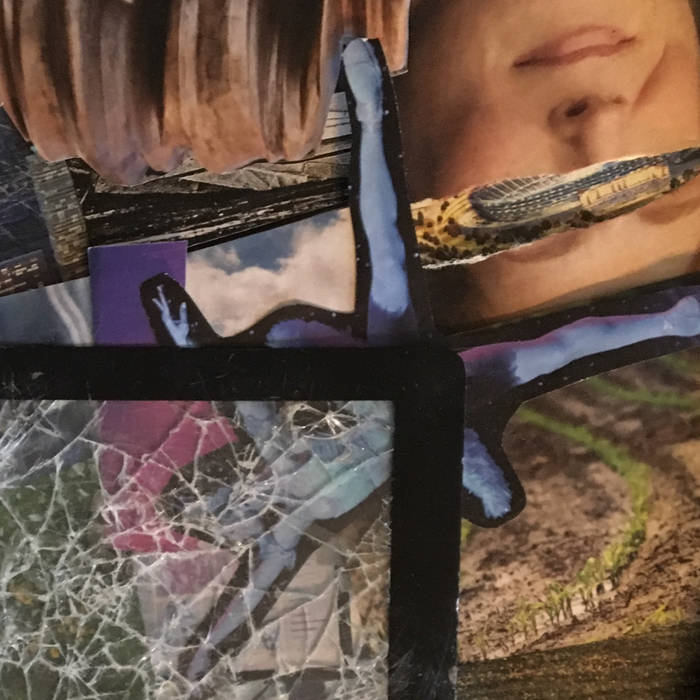 Reserve Matinee is rather stoked to present a split album between Chicago-based group Monogamy and Ann Arbor-based solo artist SCLT.

Originally hailing from Michigan, Monogamy is made up of Don Lyons, Sam Johnson and Toni "Tone Bone" Wang. After tapes on Rok Lok Records, Kerchow Records and Human Male Press, they return to the saddle for RM. For this split, they present five tracks that span rock, noise, and a rather playful, magnetic brand of avant post-punk. Given their involvement in the tight-knit Midwest scenes of DIY Michigan (Ann Arbor/Detroit) and Chicago, the styles and influences shown here are both representative and furthering via their own unique voice & take.
"Apartment" exemplifies the colorful instrumentation of the band, with a ripping saxophone solo amidst blurred loops and what appears to be effects-processed guitar noise. Elements especially melt together when Monogamy is performing live on stage, like a sonic tapestry being woven in real-time.

SCLT (aka Socialite)'s side of the split matches Monogamy's warm tones, through more ambient means, much like their 2017 release on Fred Thomas' imprint Lifelike. Heavy-lidded drone and nocturnal field recordings escort you as "Ripcord of Emotion" kicks off, preparing the way for the emotional standout "The House Beneath The Pines, Lying On The Coastline". Buried saxophone and oscillating, airy recordings of what could be a strong wind, akin to the feeling of sticking your arm out of the window on a nearly-empty I-94 drive. Each piece of SCLT's offering plays like a short letter written from the artist, soft arpeggios dotting the edges of a scenic path that is always available, for those who remember its location.

This split album is available on a limited cassette featuring artwork by Michael Stumpf.